Author Gerri Hilger is??a life-long resident of Kansas where she was raised on a farm with lots of chores. She loved to sneak away to the barn loft to write terrible poetry and awful stories while dreaming about traveling the world. She received her Bachelor?s degree in English from Pittsburg State University at the end of the raucous ?60s. This was followed by years of teaching, raising four children with her farmer husband, and helping on their land. While pursuing her Master?s degree in Education, she began to follow her dream of writing. After more than 35 years teaching thousands of high school students, Gerri now enjoys retirement, writing and traveling with her husband to visit their children and 15 grandchildren ?in four different states and to enjoy sites of the world.

Our Duty is a story of love, friendship, the dangers of war, and the bonds of true friendship, based on true events and real characters.

Our Duty follows the shenanigans of Polly and Aggie, student nurses when World War II began. Eager to be a part of the action, Aggie joins the Army Air Corps upon graduating nursing school, and qualifies as flight nurse. She is shipped off to the Pacific, while Polly stays home. Aggie soon faces many difficulties common to this under-recognized group of brave women, including their initial lack of respect by the military brass. Aggie finally earned the respect of all around her when she kept 30 wounded men safe when their plane went down in the Pacific. Her letters home detail the challenges for nurses and the accounts of the personal lives of the airmen she came to know who faced unimaginable dangers in the skies over Europe, many ending in death. While Polly stayed behind to help on the home front, she does her part to keep Aggie entertained. Her letters boost the morale of any who are privy to them, describing romantic adventures and changes in life in the States.

Our Duty??is available on Amazon and wherever books are sold. 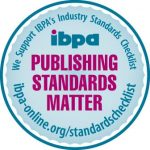